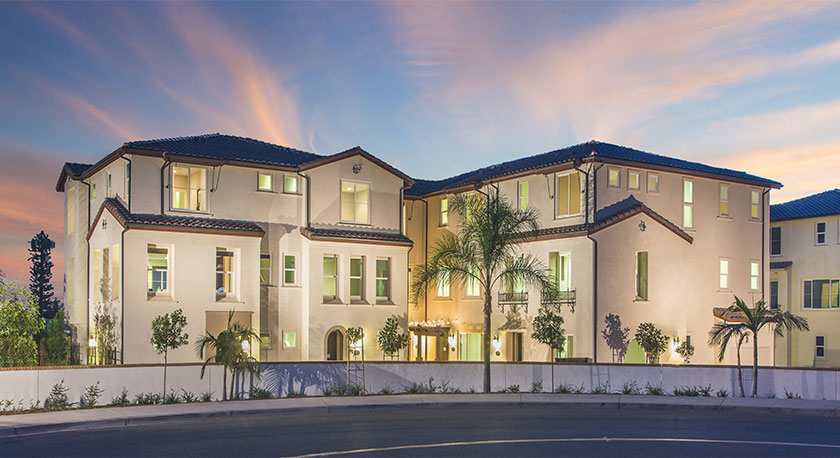 Founded in 1988, The Olson Company has been dedicated to solving affordable housing needs in urban areas for 30 years. In this interview, Chairman and Founder Steve Olson, discusses the housing crisis in California and the way forward.

Q: The Olson Company has been building affordable housing in urban areas for 30 years. How has the landscape for housing in California changed over these years?
A: Housing development continues to shift from large master-plans located in suburban settings to smaller-scale projects in metropolitan cores. In these areas, distinct neighborhoods and districts are becoming important local lifestyle centers and the focus of new housing. As these transformations occur, city boundaries are melding together to form larger metropolitan regions with some integrated planning functions and shared services.

Q: What are the roots of the housing crisis in California?
A: Observation Number One: With the elimination of redevelopment agencies by Governor Brown and the state legislature in 2010, urban and metropolitan areas lost an important tool to aggregate land and provide more affordable housing in densely populated areas. In addition, the redevelopment land that cities held in these agencies was placed in successor agencies to be disposed of. Consequently, the state has added only 678,000 housing units over the past decade as jobs and the population have increased. Meanwhile, housing construction has severely lagged, especially in metropolitan areas. Although the state’s population will soon top 40 million residents, there are insufficient coordinated housing policies at the state and local level to create the number of affordable residential units necessary to help alleviate this crisis. The state is adding 3.26 persons for every new house created, while the historical average has been 1.74 persons per home created. Local zoning requirements continue to be a barrier to entry for many home builders and restrictive regulations such as the California Environmental Quality Act (CEQA) can either delay or sometimes inappropriately kill residential projects.

Observation Number Two: Community resistance to developing new housing has increased. Los Angeles Measure JJJ, which creates affordable housing mandates and associated hiring restrictions related to labor groups, is really an attempt to slow residential growth in Los Angeles. Assembly Bill 199 would have mandated the use of union labor on all residential construction that incorporated state funds, successor redevelopment agency funds, or infrastructure matching funds. If it had passed as originally constituted, construction costs could have increased 30% to 45%, which would have significantly affected affordability and the financial viability of many future projects. Measure S, which was defeated at the last ballot, was designed to restrict development projects in Los Angeles for some time and to prohibit specific changes to the city’s general plan. Over 3,500 new single- and multi-family units would have been immediately shelved. Hidden in Measure S were additional restrictions on building height, land use and future residential, hotel and retail construction. The regulatory barriers to new housing construction continue to be significant.

Observation Number Three: One-third of California renters are spending more than half their income on housing costs. At the same time, state housing funds with matching federal dollars declined 67% to $892 million from 2010 to 2015. Developers are asking cities for help, but the local agencies cannot accommodate. California is ranked as the “toughest state in the nation” for first-time buyers to purchase a home, by the state’s department of housing and community development. Because high rents are absorbing much of renters’ incomes, median renter net worth is just $5,400, making it very challenging to save for a down payment for the purchase of a home. Homeownership in California could decline to 48% over the next decade, making it the lowest in the nation as median income households continue facing financing challenges to owning a home.

Observation Number Four: There are many challenges to building housing, including exorbitant costs. Land is not readily available to build on in most metropolitan markets. It has to be tied up, re-entitled, and connected to existing infrastructure including utilities/sidewalks/roads. Both CEQA and impact fees can add significantly to the construction/development costs of any project. Add in Title 24 energy regulations and other code changes, and there are built-in annual cost increases. Public processing can be cumbersome, and often imposes restrictions on density and site plan layouts, creating significant time delays in the development process. Because metropolitan land can have alternative uses, lot prices tend to remain more expensive. Prior to 2010, redevelopment funds allowed many city agencies to contribute to affordable housing through housing “set aside” funds, along with inclusionary housing requirements. Only a small share of local housing property tax revenue is allocated to a city. This lack of revenue, coupled with the cost allocation of police/fire and other city agencies required to support new residential units, are disincentives for a city to push housing development along. Trades working in urban environments also budget in extra cost factors for staging, parking, fines and delays.

Observation Number Five: Not taking action ultimately results in a self-fulfilling prophecy. Due to stagnant wages, rising rents and lack of sufficient savings, the average California worker cannot purchase a median priced home. Out migration to other states in search of entry or mid-level jobs coupled with a desire for affordable housing is especially prevalent among Millennials, whose demographic accounts for more than half of the out migration from the metropolitan areas in the state. Many large employers continue to shift work to other states where it is easier to find labor and affordable housing. California could become a land of extremes: poor, wealthy and old. Senate bills 2, 3, and 35 are steps in the right direction but the housing challenges are daunting.

Q: What do you think of the growing demand for room rentals in California? Is this a temporary condition, or will it become a more permanent part of the housing solutions?
A: We always discuss the balance between “multi-family” and “for sale” housing. These historical ratios define most of the housing universe with the exception of the fastest growing sector in California, which is room rentals (by day, week, month or year). Inadequate planning for affordable housing has opened the door for a permanent change in California housing room rentals. The truth is that people looking for housing at more affordable prices have become room renters. In recent studies, private or shared room rentals now represent up to one-third of the total rental demand in the major California metropolitan markets. These numbers are now comparable to places like New York City. Airbnb plays a factor in this market. Homeowners are profiting by charging up to $1,400 per month for a room/bathroom with prices still going higher. In many cases, these rentals are clear violations of city codes, but they are so prevalent that code enforcement cannot follow up on all the violations. This trend has actually allowed many workers to live in expensive urban areas in places close to their work. The same phenomenon is also occurring in trendy suburban areas next to transit stops where someone can live renting a room in an upscale neighborhood and take the train to work. Neighborhoods like Pacific Palisades, Venice Beach, Hollywood Hills and Santa Monica, all have significant and growing room rental populations. This type of rental will also keep more seniors in their homes by renting out an unused bedroom to help subsidize their income. The chart above shows the importance of this market study.

Q: What changes do you recommend to improve affordable housing in California?
A: The state and local governments must first clearly weigh the cost of not having affordable housing. If the state and local governments cannot assure that metropolitan areas will have adequate housing for their service workforce, outmigration will continue increasing. Fulfillment centers, such as those for Amazon, are now growing in metropolitan cores to support same-day deliveries. Major healthcare companies have been increasing their presence in the urban markets and will continue to grow in both delivery systems and research presence. Hospitality, especially in California, is an important part of the economy. Infrastructure jobs have tended to be metropolitan based. As the country begins to focus on rebuilding its infrastructure, many of these projects will be located in major metropolitan areas. The ultimate costs of not having affordable housing is stagnant growth. It could even lead to both economic and population decline in the state, which would be unprecedented.

A number of things are necessary to create more affordable housing in our cities:

New homes on the way

Be the first to know about coming-soon Olson communities, grand openings and homebuyer resources.

The Olson Company is California’s premier builder of affordable new home communities in the state’s most in-demand urban centers. In partnership with cities and other local and state agencies, Olson works to provide multi-tiered solutions to the critical issues of affordable for-sale housing, community redevelopment, transportation and sustainability. Recognized for creating thoughtfully designed communities within reach of California homebuyers, Olson has built more than 11,000 single-family attached, single-family detached, live/work and mixed-use in-town homes across 100 cities since 1988. Headquartered in Seal Beach, California, Olson is the proud recipient of many top customer experience awards including the 2012, 2016, 2017, 2018, 2020, 2021 and 2022 Eliant Homebuyers’ Choice first place awards for Overall Purchase and Ownership Experience.

Homes for sale in Los Angeles

Homes for sale in Orange County

Copyright ©2022 The Olson Company, Olson Homes and In-Town Living, Inc. All rights reserved. All information subject to change. All imagery is representational and does not depict specific building, views or future architectural, community or amenity details. All services, pricing, square footage and bed/bath counts subject to change. Models do not reflect racial or ethnic preference. Not an offer or solicitation to sell real property. Offers to sell real property may only be made and accepted at the welcome center for individual Olson Homes communities. For additional legal disclaimers, please click here. DRE #01877641. CSLB #939166 Olson Urban Housing, L.P.